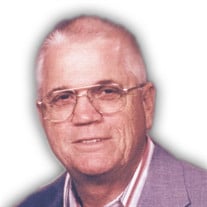 James A. “Jim” Anderson, 77, of Crystal Lake, died Tuesday, January 7, 2020, at MercyOne North Iowa – Hospice in Mason City. A Memorial service will be held at 11:00 am on Saturday, January 11, 2020, at Crystal Lake United Methodist Church, 215 Summit Ave., Crystal Lake. Jim’s family will greet relatives and friends one hour prior to the service at the church. The son of Melvin and Helen (Akkerman) Anderson, James was born on March 4, 1942 in Forest City. He attended Forest City High School. Following his schooling Jim began working for the Rock Island Railroad, a position he held for eight years. On July 3, 1963 Jim was united in marriage to Linda Brown at the Crystal Lake United Methodist Church. Together they would be blessed with four children and 56 years of marriage. The young couple soon settled in Iowa Falls where they lived for a short time before moving to Forest City where Jim was employed at Winnebago Industries. After a few years the family moved to Hastings, Minn., eventually returning to Forest City Jim would work another 30 years at Winnebago Industries until his retirement. For many years Jim volunteered with the Forest City Police Reserve. He was a true outdoorsman at heart and could oftentimes be found with his family camping and fishing in the summer months. He was known for his woodworking skills and gifted many pieces to family and friends in the area, each piece being unique unto itself. In his free time Jim also enjoyed playing cards and entertaining family and friends, especially his grandchildren and great grandchildren. Jim was known as a jokester and loved people; he had a knack for making new friends everywhere he went! As much as he was a jokester, Jim will also be remembered for his selflessness and always putting the needs of others before his own. Family came first and foremost for Jim and his fondest moments in life were spent with family at his side. Those grateful in sharing in Jim’s life are his wife, Linda, Crystal Lake; children, Tammy (John) Peterson, Iowa Falls, Crystal (Michael) Maass, Thompson, Barbra Anderson, Clear Lake, and Ricky (Amber) Anderson) Fertile; grandchildren, Mandy, Callie, Courtney, Nate, Bradley, Melissa, Christopher, Dylan, Caprice, and Chloe; many great grandchildren; siblings, Deloris and Robert; as well as his nieces, nephews, extended family, and friends of Jim and Linda’s children, who came to view them as their adopted parents for the love and support they provided throughout the years. Jim is preceded in death by his parents, Melvin and Helen; stepfather, Albin Anderson; step sister, Norma; father and mother in law, Edwin and Dorothy Brown; brother in law in infancy, David; brothers in law, Harold Eden and Clarence Klasse; and his nephew, Mike.

The family of James A. Anderson created this Life Tributes page to make it easy to share your memories.

Send flowers to the Anderson family.